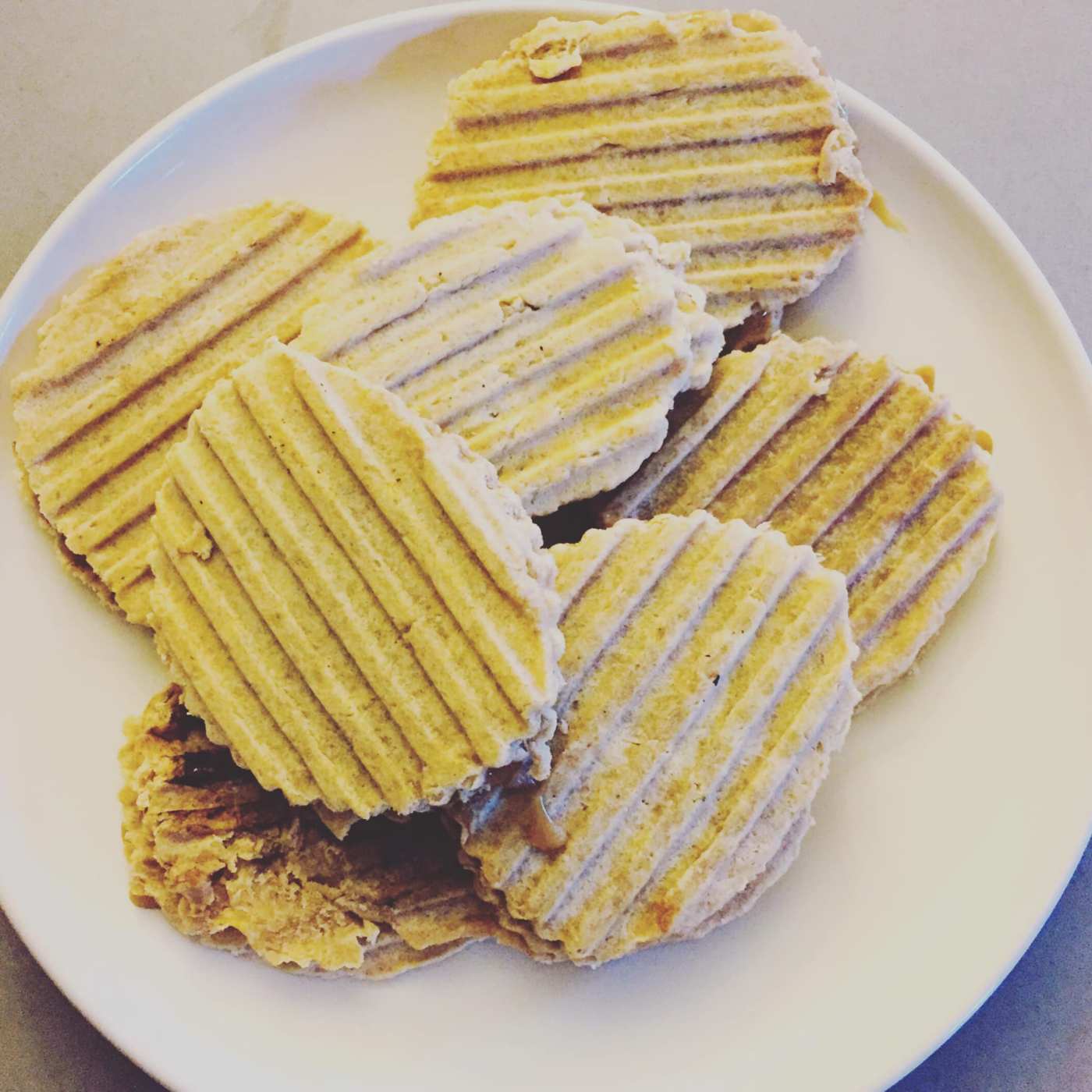 For season’s 4 “Cookie Week” Technical Bake, the bakers of The Great Canadian Baking Show were tasked in making the Dutch treat of Stroopwafels.

At first, I thought about not making these cookies as one of the equipment required was a Stroopwafel pan, which was something I didn’t want to buy for something I was only going to use once. But, a quick Google search, told me I could use a grill pan instead.

I think that is where I went wrong with the cookie. Before, I get to that things started pretty well for me.

I gave myself 90 minutes but I actually should have given myself 1 hour and 45 minutes. I should have double checked the time limit. Even with the extra 15 minutes, I still wouldn’t have completed it on time.

It did take me 30 minutes to make the dough and with the 45 minutes of rest time, I had about 30 minutes to complete everything. So during the rest time of the dough, I made the caramel. That was also straightforward and like in the show, the caramel smelled and tasted delicious.

After the rest time was over, I weighed out the dough into 14 different portions and then used my griddler to flatten the dough. I timed the dough on the griddle for 2 minutes. I never did achieve the deep amber colour no matter how high I increased the temperature of the griddler.

Once it was off the griddler, the hard part was splitting it in two. Yes, it was too hot to handle but I don’t think that was the issue. There was something about using the griddle that didn’t get it in the right show (or maybe thickness) and couldn’t cut it in a round even after using a 4-inch cookie cutter. At this point, I really thought about bailing and cutting my losses and stop making the Stroopwafels. But I decided to power through and decided to sandwich the caramel between two cookies. So instead of having 14 Stroopwafels, I ended up with just seven.

By the time the 90 minutes I gave myself, I was still making the cookies. I might have been able to finish if I knew I had the extra 15 minutes but I didn’t keep track after the timer went off.

So how did they taste? The cookie itself didn’t achieve the crispness of a Stroopwafel but with the caramel, my version tasted pretty great. A famous phrase used on the show and the British version is “ugly but delicious”, which I think is apt for these cookies.

My biggest takeaway? Don’t try to make these with a Stroopwafel iron!

One thought on “Getting Technical: Making The Great Canadian Baking Show’s Stroopwafels”

Pop culture addicts' view of the world of entertainment, TV and movies!!!